My oldest nephew, being in England from Spain for 2 weeks and on the way from Bristol to Chichester, asked if he and his family could come to lunch as I am sort of on the way and a good stopping point.  I naturally said yes, as I haven’t seen them for a year and then it was with a lot of others.

I spent the morning cooking, doing a bit of cleaning and a lot of tidying up so I was moderately childproof, so long as there was someone around!  They were due to arrive between 12 and 1 and they did!  My great-niece (who is 5) came in and said hello and things, although she admitted that she didn’t remember me – but daddy was around so it was not too scary!  She now has glasses and a patch on one eye (camouflage on the day they came to me) to correct long-sight, a slight squint and a lazy eye.  She is quite tall for her age. 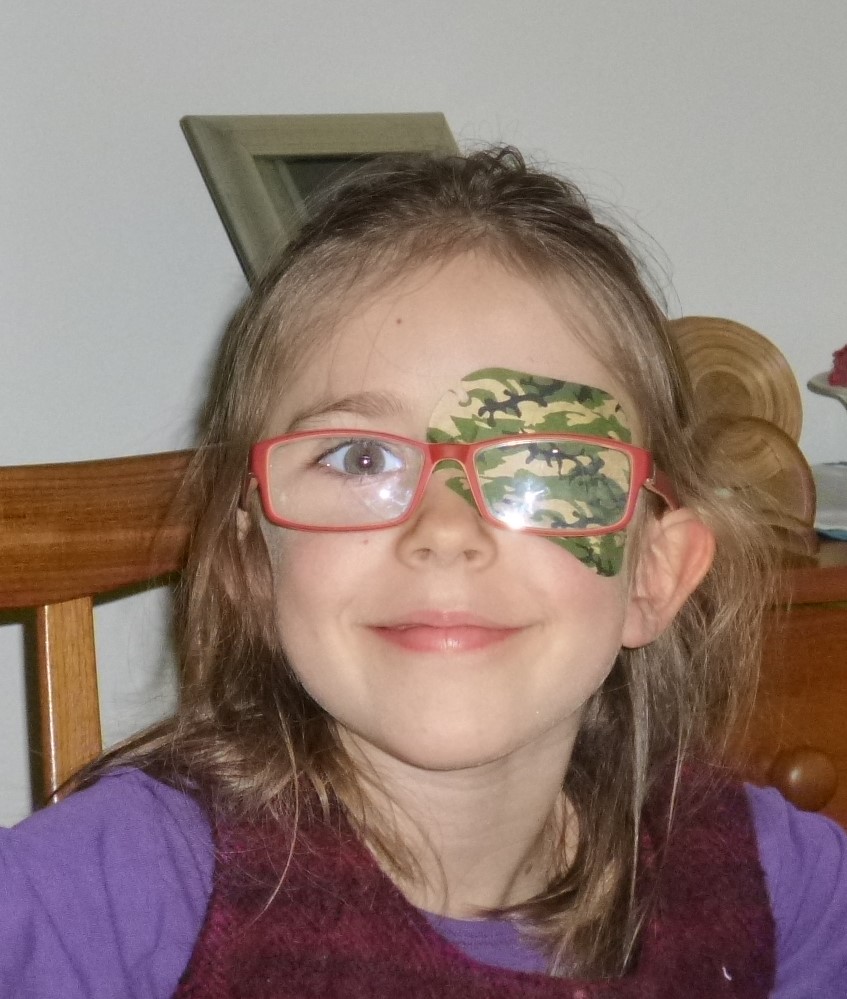 Great-nephew, however , was initially not happy – strange house, strange person, mummy went out and back to the car to get warm socks and daddy took his shoes off.  This was on top of having a slight cold.  Once we got food on the table he was better, but it took a while for the vegetables to cook as I hadn’t wanted to put them on until I saw them. 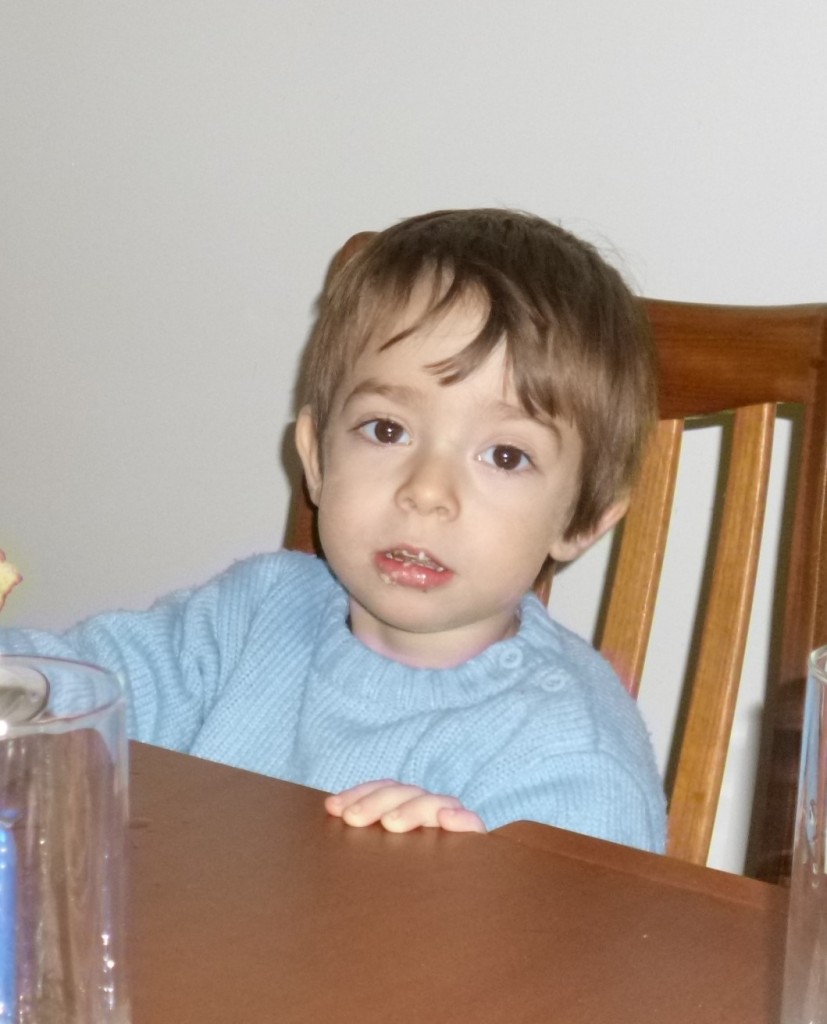 Bit better when had some food

The children played between courses – great-niece makes a very good and patient horse! 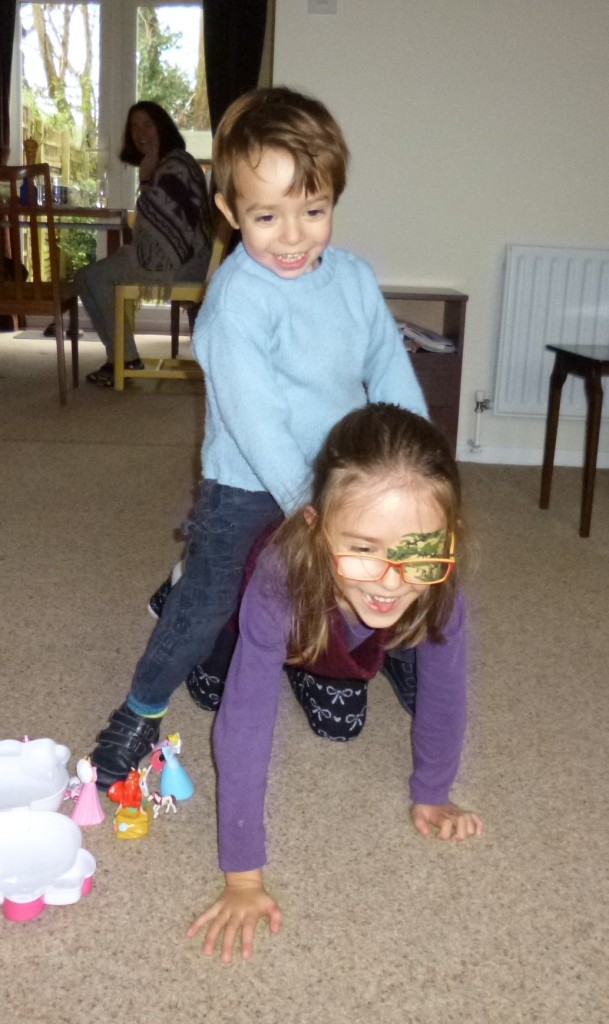 When we found second course was fruit we weren’t hungry – until we found there was cake as well!  The fruit has to be eaten first before we have the cake though and we did quite enjoy that too, really.  (Kiwis and mandarins.) 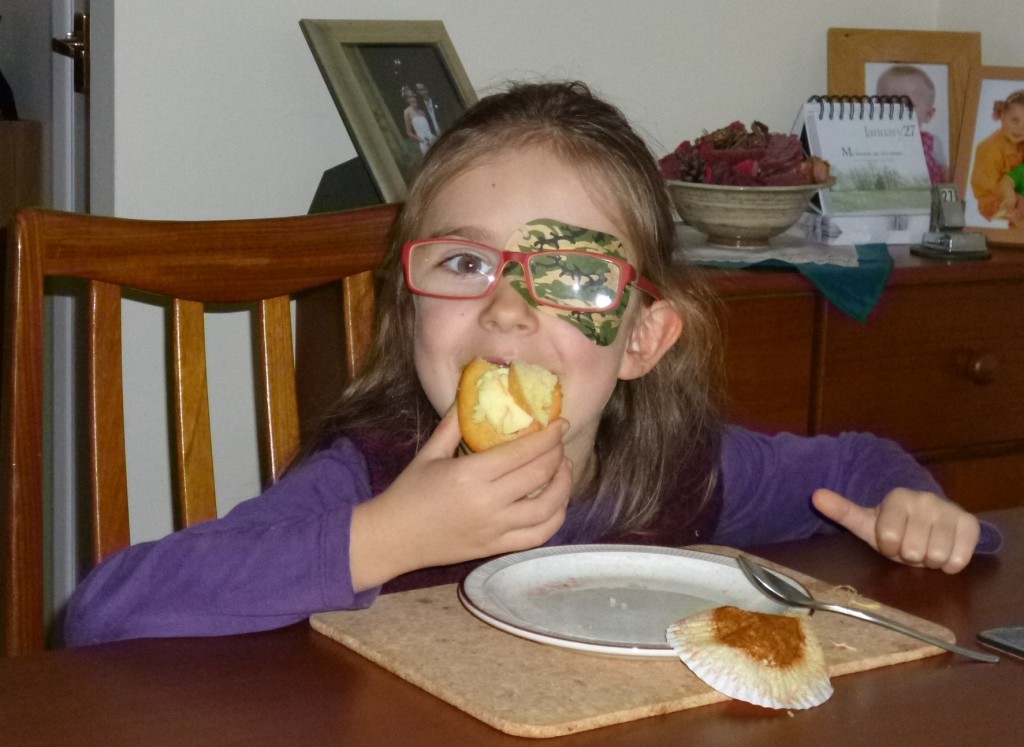 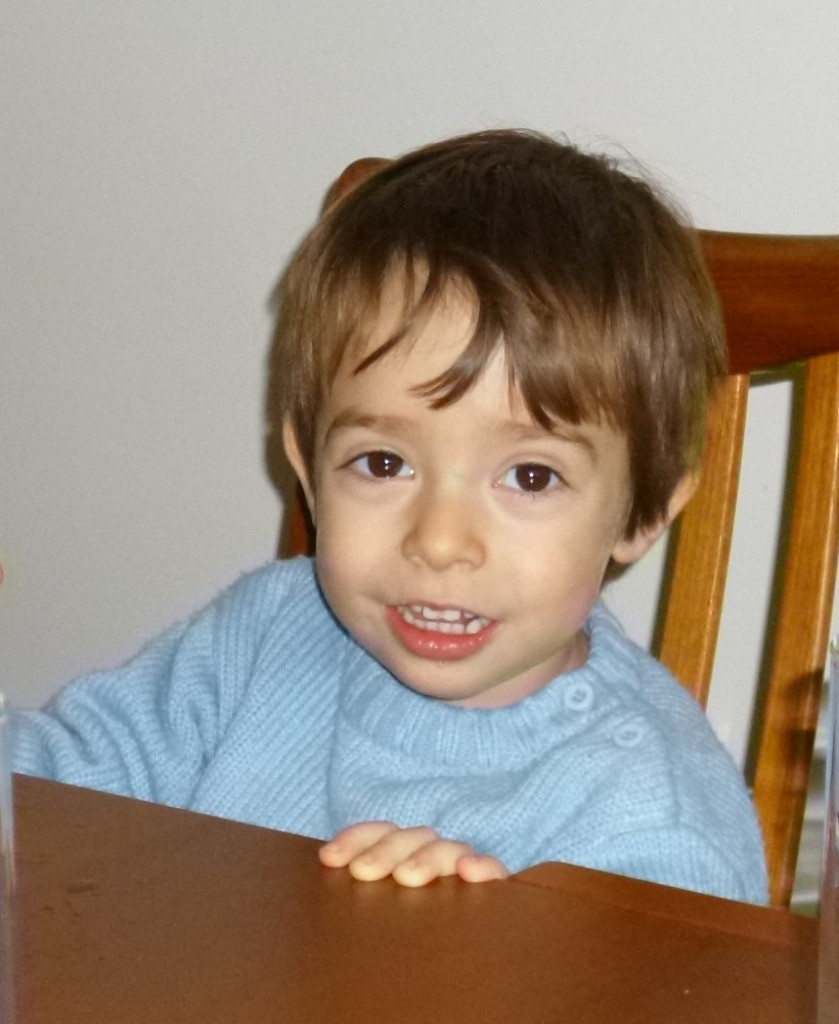 Cake makes us happier, too.

After lunch we did some drawing and colouring and my great-nephew found that he could play with me after all.  He understands Spanish and that is what he speaks, but he understands what he wants to of English!  My great-niece is fluent in both languages with only occasionally having to ask for a word when she only knows it in one language.  Very impressive!

They left sometime between 2.30 and 3 and I then washed up and put the house back to normal i.e. got all my junk out again!

So did I enjoy seeing them?  Yes, it was lovely – and to catch up with the children and with some of the adults news, too.