Or maybe global warming leading to a mild winter?  It has certainly had a weird effect in my garden.  I had a rose out on 1st January.  It wasn’t perfect but it was fully out. 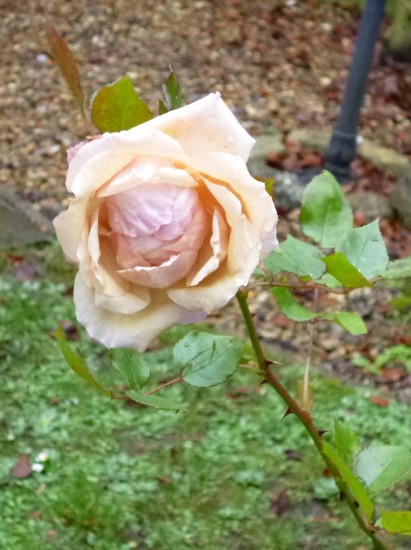 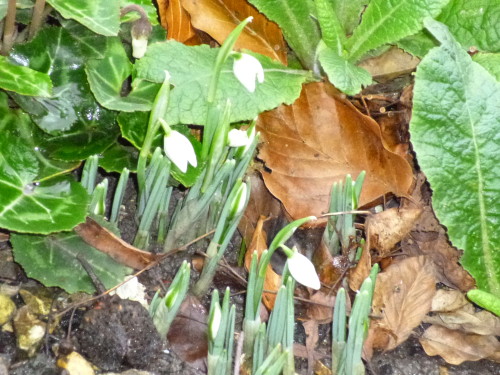 Snowdrops do come out early but not usually as early as this and the cyclamen were still out – not frost damaged yet – and the primroses were out as well.  Mind you I do tend to have primroses out most of the year at different places in the garden. 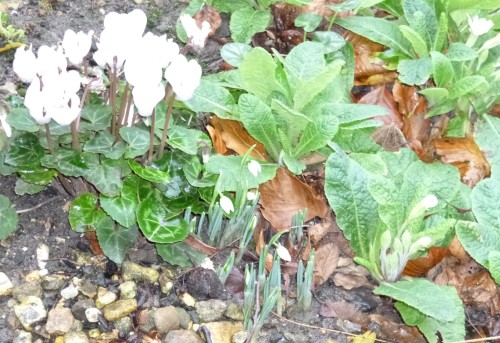 The daffodils are also showing buds, but haven’t yet come out – it is much too early, but they seem to be working on it! 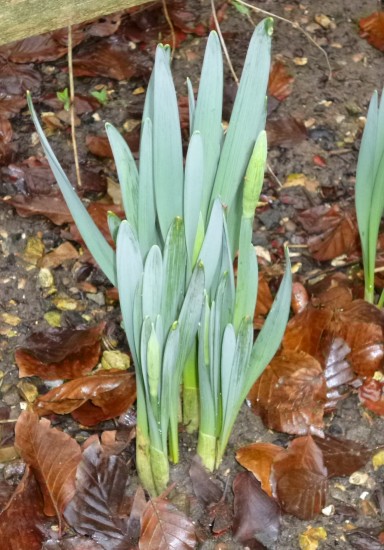 I have noticed that there is a green haze (leaves opening) on the honeysuckle too.

All much too early, but there has been almost no frost or cold weather.  Hope they don’t all get killed in later frosts or snow!