My rhubarb seemed to be doing quite well.

So I decided it was time to pick and eat some. So I picked some of the stalks and trimmed off the leaves

and then cooked it and ate it with ice-cream. And while on the subject of cooking I also made half a cake. 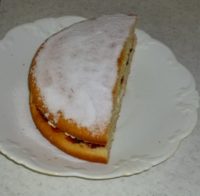 Why only half a cake? Because I always do as I find that if I make a whole one it goes stale and dry before I have eaten it, but half a cake lasts just about the right time. The trouble with cooking is that it creates washing up! I have even taken to wearing 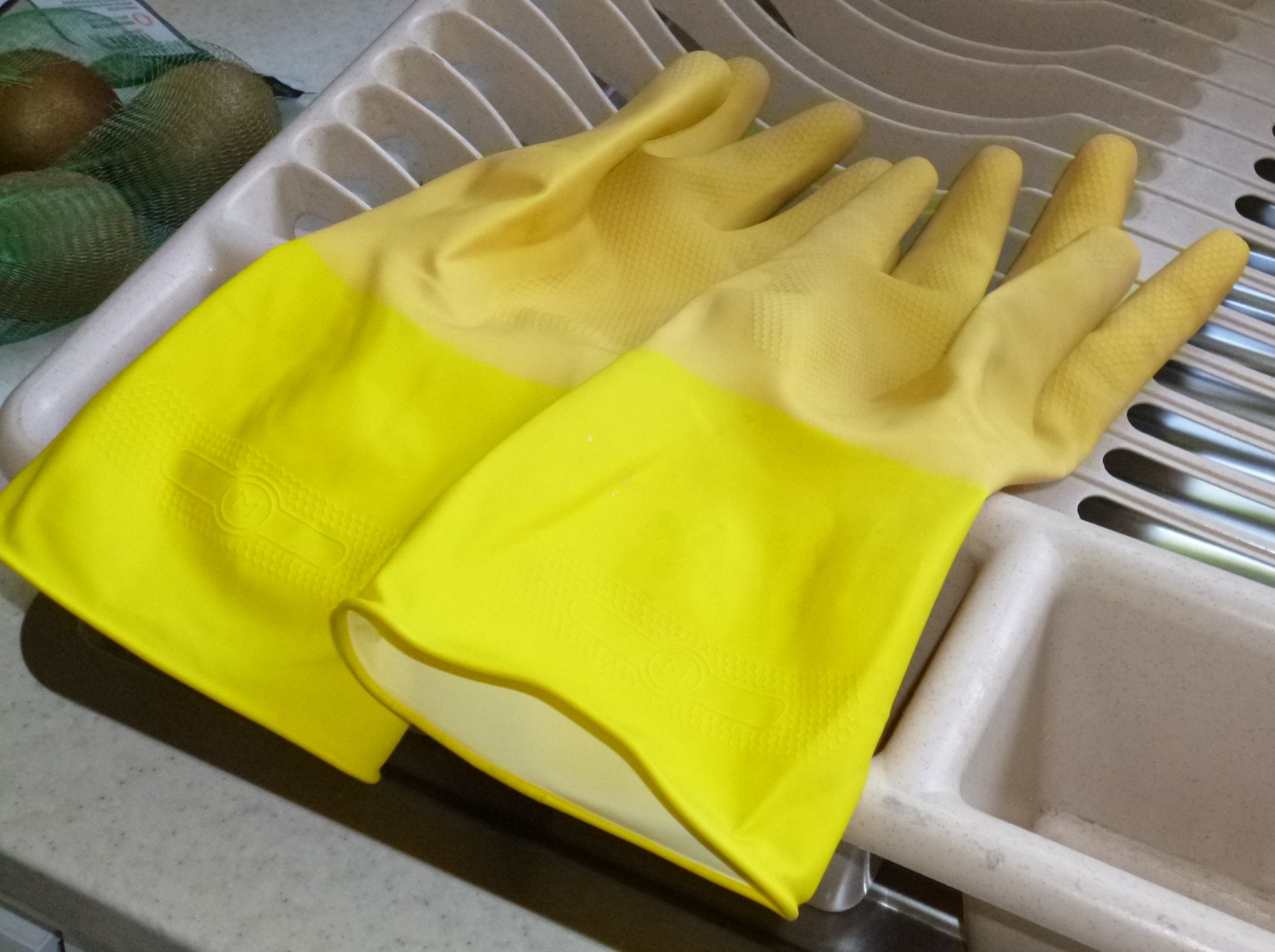 which I hate. All this washing of hands makes them very dry and cracked even when I use loads of hand cream and I thought using gloves might help – it does a bit!

Actually most of this week has been spent on my new Future Learn course “Working Lives in the Factories and Mills”. It is a bit Lancashire and Scotland based and about the cotton industry, while my family were involved with woollen mills in Yorkshire, although they have mentioned Saltaire – Sir Titus Salt’s model village – where my mother went to school.

I have also done some gardening – cut the lawns (weed patches with a few blades of grass, actually) and sown some random flower seeds. These are all from packets I have had for ages so probably most of them won’t germinate. Then I thinned out the radishes that had come up so they have room to swell (I hope!) and planted some more and also some more dwarf French beans in pots. While I was at it I re-potted my house plants – and found all sorts of things I didn’t know I had in the shed! In the process of looking I got filthy – cleaning out the shed is another thing I haven’t got around to….

On a couple of days I went for a walk down passed the horses.

This leads to the river, so I followed the suggested one-way system and went back along the boardwalk by the river. A very pleasant walk in the good weather.

What else have I done? Finished re-reading “A Town Like Alice” by Nevil Shute; usual phone calls; two “hang-outs”, but haven’t managed to get the Sunday service yet; some shopping – bit for other people, so it had to be delivered; a bit of jigsaw – I think I took out as many pieces as I put in so little progress. Just a normal week really!

What about other people? Well, it seems to be try to escape week! One of the ferrets made a bid for escape and in doing so got stuck to the bitumen and nearly died before she was released. Pip is apparently always trying to escape in one way or another. Then an elderly cat who never goes beyond the garden went missing for a couple of hours – and was located in a passageway beyond it. In addition a friend’s dog when let off the lead ran away, went across the river and investigated a field at the other side, sometimes out of sight of her owner. She did return eventually. Do you think the pets are picking up on their owners wishes to escape lockdown? Or are they fed up with their owners always being around and have reasoned that if the owner won’t go away and leave them in peace then they had better go away themselves?!

And so another week has passed and we go on to week 6….